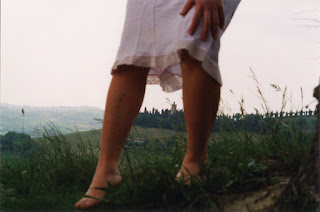 It's been 9 months since I bought my first pair of Thinx underwear. Since that time, I have transitioned to 90% reusable period products. I've figured out how to wash them, get them to stop being stinky, and when to use them.

I first heard of Thinx when a friend of mine showed me an article on Facebook.The article was an obvious paid to endorsement.

I was disappointed that my friend couldn't see through the propaganda, but it did motivate me to dig deeper into reusable menstrual products.

So I bought my first pair - I used a $10 off coupon and first time customers got free shipping. (This link will give you $10 off if you decide to give them a go.)

The first thing I did when they arrived was try them on. They fit well and looked really good. Fancy even? Well, maybe not for most people but they had lace and that is fancy in my world. I then tested them with a syringe of water to be sure that they could actually hold the liquid they claimed. They passed.

I bought the hiphuggers - and to be honest - they are the only ones even worth entertaining (or maybe the sport pair) because they only hold 2 teaspoons of fluid. And they are the most absorbent pair they have. That's 2 regular sized tampons or one super - in case you were wondering. 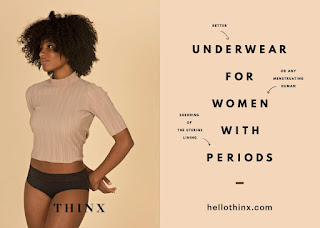 But wait! You only thought they could be used as a "backup" or had to be used with other products, right? For the price, they better be able to do more than be backup!!

Some ladies are blessed with really light and really short periods. I am not one of them. In fact, I am not even on the charts for "normal."  My periods last between 7-10 days and for the first 3 days it is like turning on the faucet. I have to use the super duper tampons and they get soaked through in less than 2 hours. It sucks. **Update - my periods stopped being waterfalls when I cured my anxiety. YAY!*** 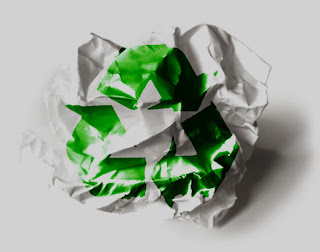 After I bought the first Thinx pair, I was inspired to go further. I think of them as my "gateway drug" into the reusable world. I made 3 prototype "homemade thinx" underwear to round out my routine.

In some ways they are better than the Thinx underwear. They are much more absorbent and they have never failed me. Never leaked. Never lasted only an hour or two. They rock at night! THEY WASH WELL (more on this below!!)

And they were made of things I had around the house so they were kind of free. I had to sew them so they weren't totally free. (If you scroll down in this article you can see what my homemade pairs look like. I took pictures of the ones I made for my daughter as mine are used.)

But moving on... I liked wearing Thinx, but there are things I also hate about them and I think it's fair for people to know the whole truth about these underwear. 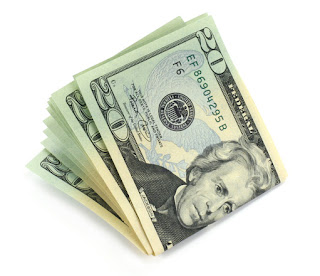 Without any coupons, Thinx underwear costs $34. That's outrageous! Why? Because most ladies that buy pads/tampons with coupons are not going to see the financial value of switching at $34 per pair and they will need more than 1 pair.

Stink
It has to be discussed. After a while, Thinx start to stink. If you change them after just an hour or two and get them immediately in the wash, then they will stay nice and odor-free. Can you do that when you are at work or away from home? We are talking about blood. Blood that sits. It starts to stink and the smell will stay in the underwear even after washing! Luckily, I have solved this issue. It's called vinegar. I keep a spray bottle of vinegar

in my shower (for various cleaning purposes) and whenever I am finished with ANY of my period reusables, I give me a quick spray and toss them in my wash basket. Doing this, I do not need to wash them instantly. And it takes out any scents.


Leaking
The best Thinx underwear (Hiphuggers) only holds 2 regular tampons. I have had days where I am wearing a super tampon and Thinx, but I didn't get to the bathroom within 2 hours and there was blood already through my jeans. This is a problem with heavy flows and we are all used to it. But it's frustrating that they don't use their "thin absorbent technology" to make a heavier style. And what the hell is with the thong style? SERIOUSLY!! Who is wearing a thong on their period? They barely hold any liquid!!

They are not night underwear! They will not be enough to prevent leaking. They could be used with a reusable pad, but not alone.

They do leak - when they are full. They are great for the transition days and as backup on heavy days. Actually, they are freaking amazing for transition days. Why deal with pads when your period is pretty much over, but not over enough not to ruin things?


Staining
I have two pair of Thinx and they are both black. But they are both stained. Not by blood but by my body's pH. So they are sort of "bleached" in the crotch area. This is annoying. Not the end of the world but definitely not "pretty."


Wet Diaper Feel
When I am on lighter days, I never get the wet diaper feel with Thinx. On heavier days, it eventually happens when they are about to burst and start leaking. It should be expected on heavier days but they are very good at wicking away moisture on light days and that is very commendable.


Looks
They look great. I can't tell you how amazing it is to wear what (for all intents and purposes) feels like regular underwear during at least some of my period. It makes me feel normal and good. Not like a bloody behemoth. It makes me hate my period less. Actually, I don't hate my period (because I'm all zen and centered!)
The Company
The company tries to portray itself as grassroots and "for the people." But digging into SheThinx a bit more, it's clear it's run by venture capital and the primary goal is profit. Blah. It's not that there is anything wrong with being "for profit" but when you act like you're not, it seems dishonest. The company behind Thinx is also trying to market a bidet attachment for your toilet. Save your money and get one of these:

I have this and it's the bomb. It's portable. It works. It's easy. It's cheap. You can put it away!! Great for travelling and emergencies or when you just need to clean up after a bathroom disaster and don't have time to hop in the shower. Seriously - well worth it!

So there you have it. An honest assessment of Thinx underwear. I was obviously not paid to endorse them (or not endorse - however you want to look at it!) I like my period so much better - or at least it's not wrecking my life - because of my switch to reusable products. I feel great knowing that my bathroom garbage is pretty much empty all the time and that I no longer have to buy the chemical laden crap at the store. I think you will too!

June 02, 2010
Our Siberian kitten at 12 weeks old
I thought we would never own a cat. My husband is allergic. And my son is allergic. So we put pet ownership out of our heads until some how we came across the Siberian cat breed. My husband spent all sorts of time researching Fel-D1 levels and everything he could about cats and allergies. He was convinced we could do it.

So we began our search. First of all, you should know that there aren't very many Siberian cat breeders. At least on in our area. We called and emailed a few but they all had super long waiting lists and were hours away from our home. Then we found two that were close to home. They also had long waiting lists, but were close enough that we could go visit.

We visited two separate breeders. We found them both to be very loving homes filled with cats. Soft, lovey, playful cats. But my both my husband and son had severe reactions after visiting the homes. Click here to see results of our first breeder visit.
Even still, my husband…
21 comments
Read more

April 26, 2012
I've been growing berries all my life. First raspberries and over the last 9 years blueberries and strawberries. Over that time, I have encountered an endless stream of problems and have figured out how to fix many of them. So I thought I'd put that knowledge online so people can easily figure out what might be going on with their berry plants and have a place to start to search for information.

Most plants give signs of trouble with their leaves. In general, most plants (and especially berries) should have deep green leaves. Any other variation means trouble. Sometimes it's major. Sometimes it's an easy fix.

If your leaves have a purple tinge: It may mean the weather has been cold, they are just forming, or they are deficient in Potassium. To fix - apply light fertilizer (tomato fertilizer is a good choice, since it is higher in potassium which results in more flowers and more fruit - or buy Organic potassium source.)

If your leaves are yellowing: If they are…
19 comments
Read more

April 07, 2011
You CAN make your own almond butter (peanut, cashew, sunflower, or ANY nut butter.) It's fast and easy - and you can do it in a blender!

If you love almond butter, then I'd highly recommend learning how to make it yourself. I buy raw almondsfor about $3 a pound, so the savings aren't huge, but knowing what goes into my almond butter is priceless.
What goes in? Nothing but almonds. You can certainly add salt, cocoa powder, sugar, honey, or whatever floats your boat - but the truth is - you don't have to!
You can roast the almonds and have a rich nutty flavored almond butter or you can make it raw (which to me - tastes more like cookie dough mixed with peanut butter, yums.)
Here's the deal: you don't need to add oils or anything else. A vitamix blender
(or other similarly powerful blender) can handle it.
Here's a video of me making raw almond butter. I used about 3 cups (measured by a 5 year old - so about 3 cups is fine).

You will notice a lot of icky …
27 comments
Read more

I have heard great things about Primal Pit Paste  so I decided to try and make my own.
Mine was slightly messy...and black. But here's what worked for me - you can play around with the quantities to get a harder/softer, stronger/weaker, more/less scented deodorant.

1 Tbsp Coconut oil (the solid kind)
1/2 Tbsp Shea Butter
1 tsp magnesium chloride
(you could use Epsom salt if you don't have this - just grind it up first)
1 tsp charcoal (I used bamboo charcoal from room deodorizing pouch and ground it in my mortar and pestle.)
1 Tbsp baking soda
1 Tbsp corn starch
10 drops of tea tree oil (or sub in another antibacterial oil like orange, lemon, or rosemary - be advised that lemon and orange will react with and deactivate your baking soda - turning it in…
5 comments
Read more