December 22, 2015
I read a lot of wildcrafting books, and almost all of them parrot the same information. This leads me to believe may of these  "authors" have never actually tried any of the wild foods they discuss - I find the most errors with black walnuts, acorns, milkweed, aronia berries, sunberry, and hackberry.

Here's what the parroted information is for the hackberry. Basically....the hackberry is full of protein....grind it up and make it into an energy bar.

Amazingly, when you google making hackberries into an energy bar, there are no examples of people actually doing it.

That changes today. Because I tried to do it!

For the record - I really like hackberries. The trees are stately and the berries taste good. They are not "berries" like most people are used to. They are hard and dry. The outer layer of skin is sweet and tastes like a fig - minus the seeds. It's very fig newton like. The seed itself is hard. Hard, hard, hard. If you bite it, you could break a tooth. 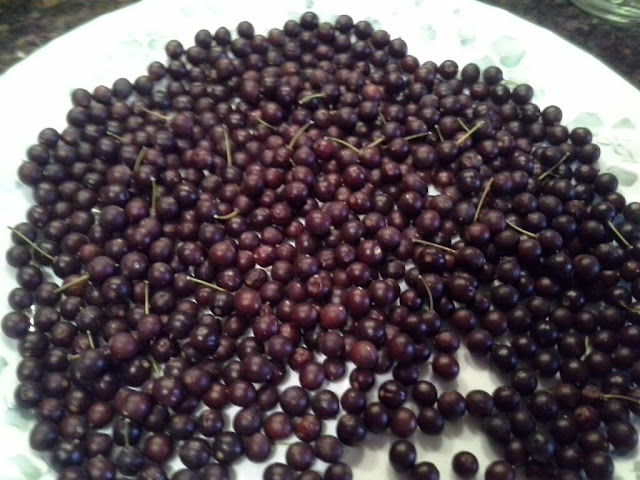 Inside the hard seed hull is a white creamier seed. It tastes "green" like the bottom of a blade of grass or a young unroasted sunflower seed. That is where the protein lies.

So I set out to gather hackberries. I know a spot that has 3 very large hackberry trees planted together. These are tall upright trees (with vertical branches like an Elm) and among these three trees, I could only reach 4 branches.

I stripped those 4 branches and wound up with a jelly jar and a smidge of a smaller jar. I measured it to be a mounded 1 cup, and they weighed 160 grams. 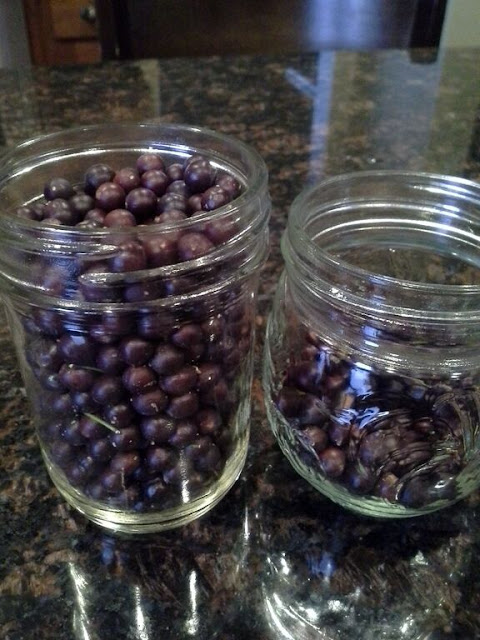 This amount of hackberries would give about 115 calories or about 7% of a daily required food intake.

If you could just chew them up and swallow them, that would be one thing, but that's not the case.

I tried grinding them in a mortar and pestle with no luck. 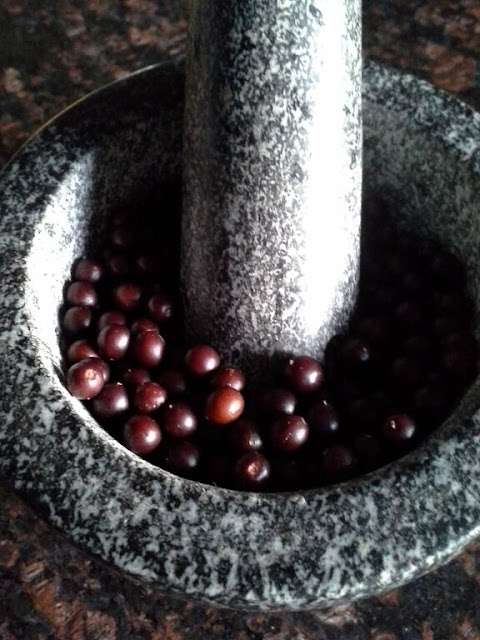 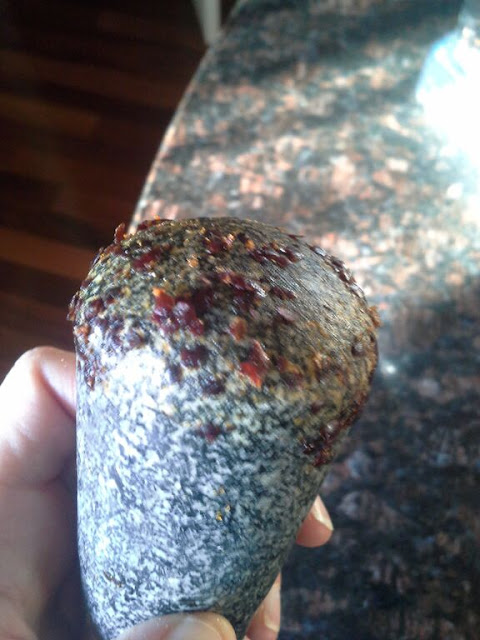 All that happened was the skins came off. It's a nice quick way to get the skin off in bulk, but the pestle made no impact on the seed itself. I have read you can soak the seeds then they mash easier, but I did not try it. Read on and you'll find out why.

I had put half of my hackberries in the blender to make into hackberry milk. I ground them up. 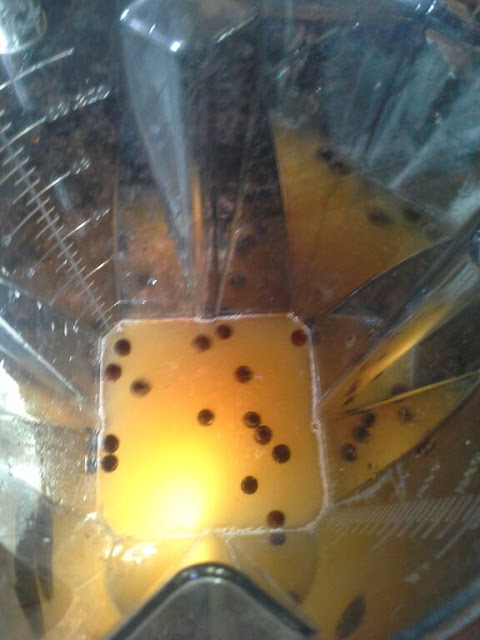 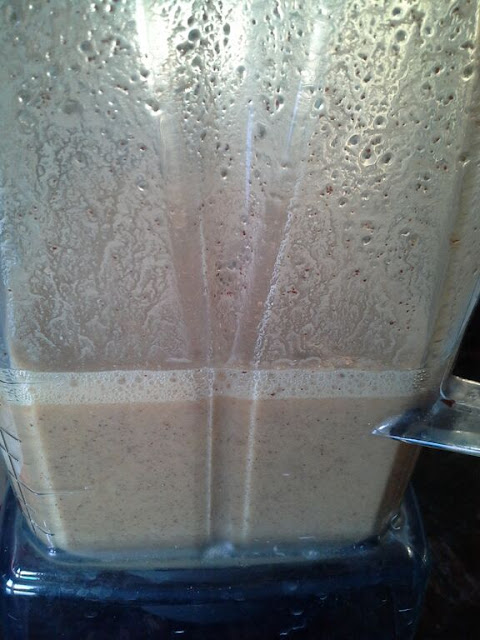 I used a vitamix. I'm not sure a regular blender could "hack" it. I then strained the milk in a cheesecloth/organza bag.

Scraping the puree from the blender, I decided to taste it. It was like sand. Crunchy in my teeth, sandpaper on your enamel sand. I decided that I would not try the "energy bar"  plan because including the seed hulls would be just as detrimental as including pure sand. So I ground up all the rest of my hackberries and made them all into milk. 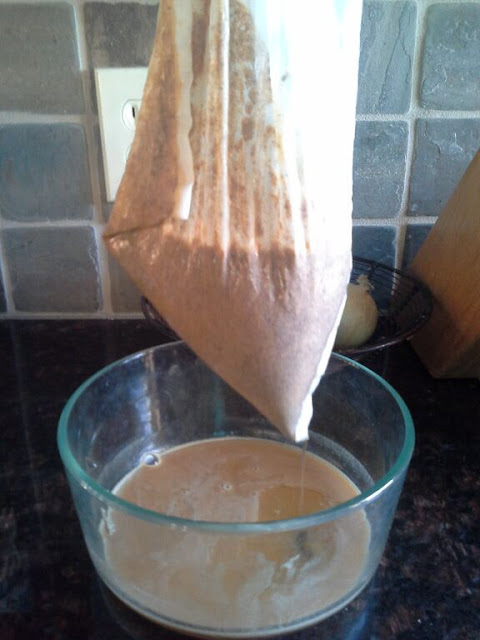 The milk separates into liquid and creamy components. 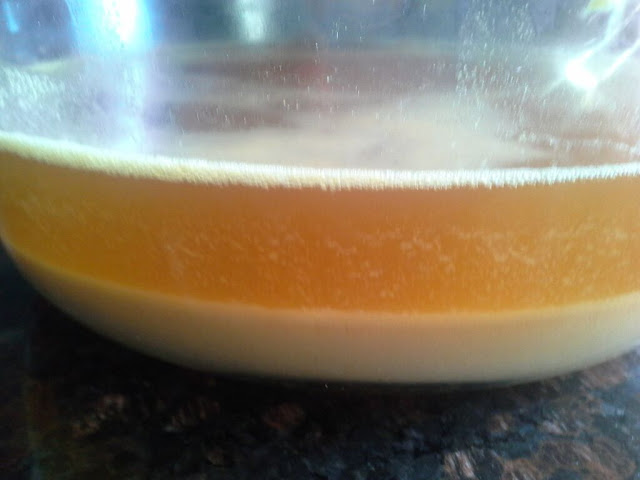 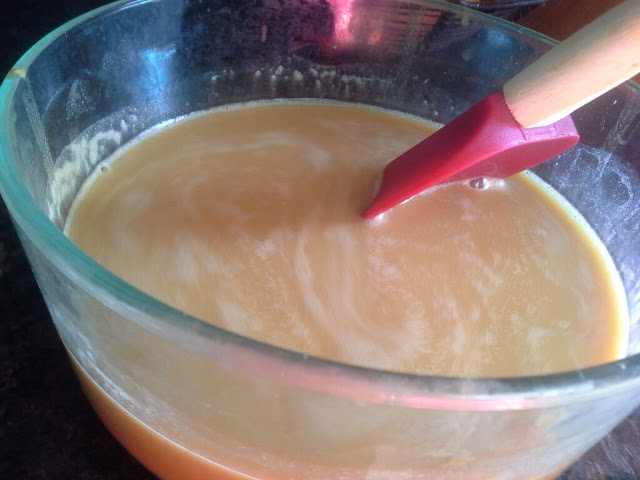 It's easy enough to stir the milk components back together. Or store the milk in a jar and just give it a shake. 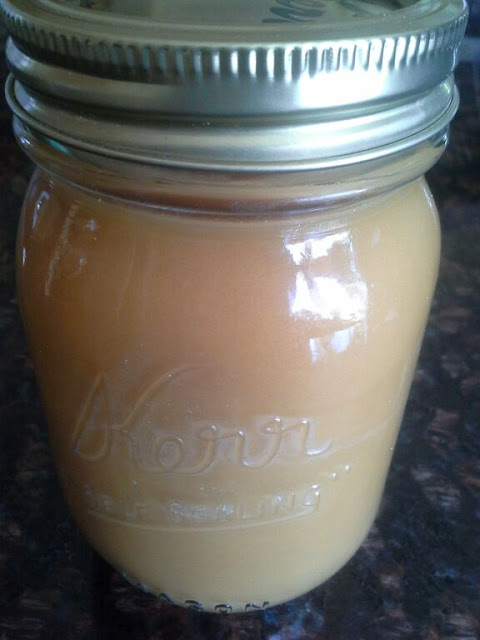 How did it taste??? Well, it was good. Like almond milk but with a deeper flavor. There was no more hint of fig. It was nutty with the essence of protein powder mixed with water,  like a bland caramel. If I had to name the milk, for flavor and looks, I would have called it a caramel milk. It's good and definitely drinkable in a survival situation.

Incidentally, because the berries are so dry and the skin is high in sugar, the berries last almost forever. Just let them dry out and store them somewhere cool and dry - away from bugs/pests.

The skin is great for a nibble, and the whole shebang makes a pretty good milk. I would drink the milk plain (and I have) but I especially like it mixed in with oatmeal, some cinnamon, and a few raisins.

Now...back to the energy bar situation.

When I took the pulp out of the jelly bag, I noticed it was still squishy and full of goodness. The sandy components I found on the bottom of my blender were very mixed in. I could not feel them between my fingers.

This leads me to believe that the sand can probably be extracted by sedimentation. If you had the time and desire, you could probably make a flour or an energy bar from these berries, but not in the way described in books/on the internet. 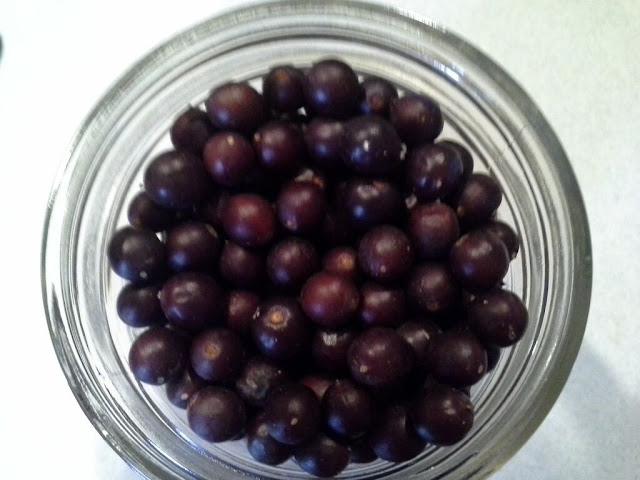 Here's what you would do (I'm giving you an off-grid run down.)

Soak the berries for a few days in water (boiling water if you have it.)
Grind the berries in your mortar and pestle.
Add them to a bowl with more water.
Let it all sit for a day or two.
Pour the water off and safe it as hackberry milk.
Skim the top sedimentary layer and set it somewhere to dry (thinly spread on a pan, in a solar dehydrator, etc.)
Toss the bottom sand layer or feed to your chickens as grit.
Once the seed layer was dry, mix it in with other ingredients to create an energy bar or use it as flour in cooking.

Bottom Line - Hackberries are good. They taste good and are probably pretty healthy for us. But they are not easy food. Reaching the berries and pulling them off individually is time consuming and difficult. They are super small and the seeds are hard to crack and extract. Making hackberry milk with today's appliances and electricity are fairly simple and worth doing if you have easy access to the berries.

This article may contain affiliate links or ads.

September 27, 2016
It's been 9 months since I bought my first pair of Thinx underwear. Since that time, I have transitioned to 90% reusable period products . I've figured out how to wash them, get them to stop being stinky , and when to use them.  I first heard of Thinx when a friend of mine showed me an article on Facebook.The article was an obvious paid to endorsement. I was disappointed that my friend couldn't see through the propaganda, but it did motivate me to dig deeper into reusable menstrual products. So I bought my first pair - I used a $10 off coupon and first time customers got free shipping. ( This link will give you $10 off if you decide to give them a go.) The first thing I did when they arrived was try them on. They fit well and looked really good. Fancy even? Well, maybe not for most people but they had lace and that is fancy in my world. I then tested them with a syringe of water to be sure that they could actually hold the liquid they claimed. They passed. I bo
17 comments
Read more